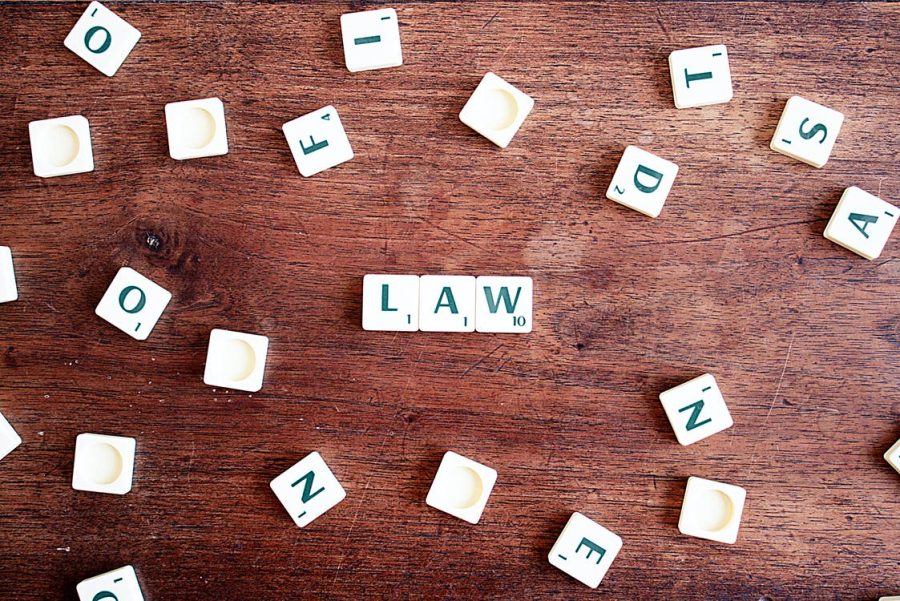 Photo by CQF-Avocat from Pexels: https://www.pexels.com/photo/scrabble-tiles-613508/

The 21st Amendment is the only amendment that was created for the purpose of repealing another amendment. This amendment ended up repealing the 18th Amendment, which mandated nationwide prohibition on alcohol. When this amendment passed, states were given the absolute power to control their minimum age requirement for drinking. Most states had stated that their minimum age was 21, but this was only because, at the time, the voting age in the 1940s-1970s was 21. However, when the 26th Amendment was passed in 1970, the legal voting age was lowered from 21 to 18, which ultimately resulted in states lowering their drinking age.

In 1984, President Ronald Reagan signed The National Minimum Drinking Act of 1984; this act punished any state that allowed any person under the age of 21 to purchase and or drink alcoholic beverages. The result of states going against the act was the loss of 10% of their federal highway funding. The amount lost varied for each state. Since states did not want to lose their funding, they complied and increased their minimum age to 21.

This act was unconstitutional, since it blackmailed the states into compliance and was a primary example of the federal government intruding where it does not belong. The minimum age for drinking does not correlate with federal highway funding, and they should not be associated with each. Why should federal highway funding be impacted based on the minimum age for drinking? If the United States federal government can cheat and blackmail its own states and get away with it, what message is it sending to the youth of America? According to Forbes magazine, the United States is the only western country to have a drinking age of 21, yet the U.S. is the third-worst country for drunk driving with a high percentage of 31%. In addition, according to the National Highway Traffic Safety Administration (NHTSA0), in the United States, drinking and driving kills 28 people a day, or one person every 52 minutes. Even with the drinking age increasing to 21, most of the issues that the 26th Amendment was intended to solve have not been solved, and have even resulted in a new problem: fake IDs.

It is no surprise that a majority of young adults in college and high school are purchasing fake IDs. Fake IDs are accessible almost anywhere; most are bought from colleges, websites, or stores. By just searching one keyword, “Fake IDs” on Google, multiple websites to purchase these illegal items pop up. In 2020, there was an enormous scandal concerning China and fake identification where over 14,000 fraudulent licenses and other identification items were seized at the borders of Cincinnati. According to Fox 5 News, over 97% of fraudulent identification seized by the U.S. Customs and Border Protection Agency originated in China and Hong Kong. China has become one of the top countries for the production of counterfeits, with a 63.2% accountability for the custom seizures between 2011 and 2013, according to CityAM. Counterfeits are not only used for underage consumption of alcohol, but also identity theft, buying property, the opening of a bank account, and sex trafficking. “Everyone buys fake ids nowadays, and they are being used for much worse things than underage drinking. Reducing the minimum age to 18 will decrease the use of fake IDs and ultimately decrease the other problems associated with them,” stated Nyah Torres, a senior. These counterfeits have advanced so much that even professionals are having trouble identifying fake ones. Over the past few years, the popularity of fake IDs has led to more problems and outweighs any benefits.

If the United States lowered the drinking age, teenagers would be more inclined to wait until 18 to drink, and teenagers would be less likely to buy a fake ID. It is incredibly unfair that the drinking age is 21 in the United States when young adults at the age of 18 can vote and enlist in the armed forces. How can someone give his/her life to the military and his/her country with the chance of death, but he/she cannot sit back and relax with a cold beer? At 18, people can vote for president but cannot drink a beer. At 18, a person can get a credit card cannot drink beer. At 18, someone can move out and embark on the journey of becoming an adult but cannot buy a beer. At 18, one can possess a legal firearm that has the potential of killing innocent people cannot drink a beer. How come So, why is it that an 18-year-old can possess lethal weapons with the potential of shedding blood cannot drink a beer?

Like many, John Cornicello, a history teacher, argued that the minimum age for drinking should be kept at 21, stating, “No, I think it [the minimum age for drinking] is okay where it is. When you’re 18, you do not make the best choices. Twenty-one lets your brain develop and mature.” However, if the argument for keeping the drinking age where it is is that it allows our brains to develop more, then it would go against what 18 years olds are allowed to do. Most experts suggest that human brains are not fully developed until 25. Since that is true, how can 18 year olds, who are still teenagers, be allowed to operate and possess lethal weapons and vote for the fate of our country when their brains are not fully developed?

In addition, Dwight B. Heath, an anthropology professor at Brown University, explained how banning alcohol until 21 creates a “forbidden fruit syndrome.” When teenagers are told what not to do, they are more inclined to want to do it. It makes them crave it more, promoting them to drink underage. However, lowering the drinking age will allow teenagers to realize that alcohol is not a big deal, and there is not much hype surrounding it, making it safer for them. In addition, allowing teenagers to experience what was previously banned will create a safer environment, reducing alcohol abuse by teenagers.

Although some may not agree with lowering the drinking age, they do acknowledge the problems with the drinking age right now; “I do not believe we should lower the drinking age, but I do not like the idea that soldiers can be 18 but cannot drink a beer,” stated Jon Zaccaro, a science teacher.

There needs to be a solution.

The United States has worked backward to fix the problems the 26th Amendment was meant to solve. The way the federal government went against the Constitution and state’s rights by blackmailing states went against everything the Constitution stands for and what the Founding Fathers fought for. With the legal drinking age being lowered to 18, many problems will decrease, including the consumption of fake IDs and the desire for underage drinking, benefitting the United States and the people who live in this country.