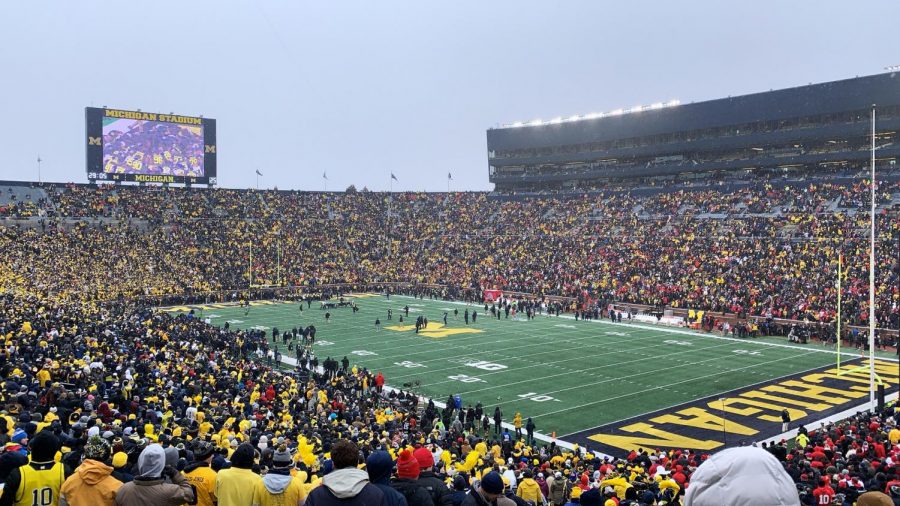 With the 2021 college football season coming to a close, the battle for playoff seeding is only beginning to intensify. Thus far, it has been a season unlike any other, with several upsets happening every week, constant changes in rankings, and loads of remarkable talent on display in each and every game. Unfortunately, not every ounce of talent in this incredible season will be accounted for in the playoffs, as the highly controversial four-team playoff format returns, essentially meaning that only four, out of the hundreds of college football teams eligible, will be able to qualify for the playoffs.

Prediction #1: Which four teams will make it to the playoffs?

The clear top seed, barring anything absolutely wild from happening, will almost definitely be the Georgia Bulldogs. The Bulldogs have held on firmly to the top seed in college football since the very beginning of the season. Led by their historically good defense anchored by Heisman Trophy candidate Jordan Davis, the Bulldogs have absolutely demolished their opponents on a weekly basis. Through all of their regular season games, they have been toppling their opponents by an average of just above 31 points per game, an astonishingly large margin. Head coach Kirby Smart certainly has this team in the right place, as his group continues to trend in the right direction towards making history.

After the champion favorite Georgia Bulldogs, the Michigan Wolverines will latch on to the number two seed. Michigan has exceeded all expectations dramatically, and that is for good reason. Going into the season, there were a lot of questions about Michigan’s legitimacy and the status of their head coach, Jim Harbaugh.

The Wolverines, much like the Bulldogs, are led by an elite defense, particularly their pass rushing duo of Aidan Hutchinson and David Ojabo. Both bring size, strength, and speed, enough to beat any opposing offense. The respect that the duo has gained all throughout the college football community has helped open opportunities for the rest of the Michigan defense to perform at a high level. Both Hutchinson and Ojabo will likely be taking their talents to the next level, as they plan on entering the upcoming NFL draft. Michigan has only one loss on the season, and the headline of their season came when they defeated their longtime rival and perennial powerhouse, the Ohio State Buckeyes. This increased their status significantly and opened the eyes of college football fans all around the country.

Right behind the Michigan Wolverines, I anticipate that the Alabama Crimson Tide will cling to the third seed. The reigning champions are led by legendary head coach Nick Saban and a young phenom at quarterback, Bryce Young. The Crimson Tide have only lost one game on the season: an upset loss to Texas A&M earlier in the year. Alabama is loaded with talent from top to bottom, and as long as Saban is head coach, they will always be contenders.

At the fourth seed, I anticipate that the undefeated Cincinnati Bearcats will hold their ground. Another team exceeding expectations, the Bearcats have been nothing short of great. They have been consistent on both sides of the ball and seem to be a tough matchup for any team in their way. Cincinnati is led by star quarterback and Heisman Trophy frontrunner Desmond Ridder. The majority of analysts question the legitimacy of Cincinnati, however, as their schedule has been significantly easier than that of other contenders.

If the regular season has been any indication, Georgia is all around a better team than Cincinnati. Although Cincinnati has a superstar at quarterback, Georgia has proved time and time again that they can neutralize any opposing offense, no matter the talent, roster, or scheme. Cincinnati is no exception to this. Both teams are undefeated, but Cincinnati has not faced nearly the competition that Georgia has faced and fails to put up the numbers that Georgia puts up. Especially for a team like Cincinnati, their offense cuts out the work for their defense. If their offense gets shut down, I do not see them having a chance at beating the powerhouse that is Georgia. As long as Georgia’s defense plays like it has all season and the offense continues to easily put up points, I expect Georgia to defeat Cincinnati by a score of 48-8, therefore, advancing to the national championship.

In a matchup that would be loaded with future NFL talent and depth, the Crimson Tide and the Wolverines would combine for an intense defensive affair. The teams are very similar, as both are led by veteran coaches and play very smart, hard-nosed football. However, in a matchup like this, I would expect experience to be key. Alabama, of course, has much more experience in this regard. Based on their track record and ability to get it done in big games in previous years, I would expect Saban to coach his Alabama Crimson Tide past Harbaugh’s Michigan Wolverines by a score of 24-13.

Ultimately, this would lead to the Georgia Bulldogs and Alabama Crimson Tide meeting in the National Championship, reviving a rivalry as old as college football itself. I would expect the reigning champions to hang with the Bulldogs closer than most other teams have, but, ultimately, they will not be able to stick with the strength of Georgia for a full 60 minutes, despite their experience in big games. In the end, Georgia will defeat Alabama by a score of 34-20, winning their seventh National Championship.

When all of this is done, I predict the 2021 Georgia Bulldogs to go down as one of the greatest units in college football history that will forever leave their mark on the sport of football.