LVT’s Ace of a Season 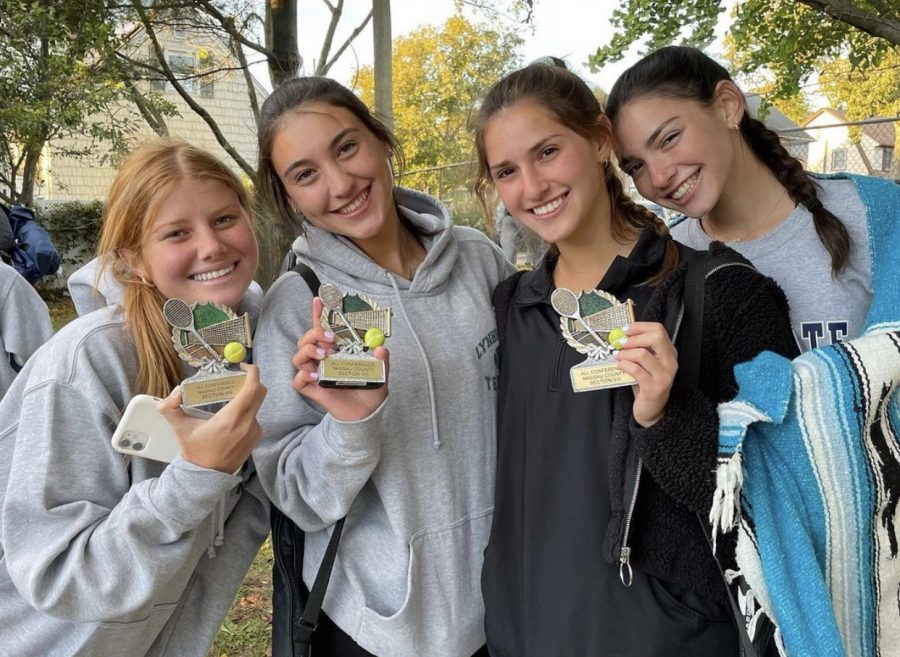 The varsity girls’ tennis team dominated their conference this season, earning the title of Conference Champions with an undefeated record of 14-0. The team last made the playoffs in the 2019 season.

Bodian, who plays first singles, is grateful for the encouragement and support of her coaches and teammates. “I am so proud of our team for working so hard to get where we are,” she said. “Each player on the team plays a tremendous role.”

The first-round playoff game was held at South Middle School on Oct. 18. It was the first time in 20 years that the first-round of playoffs took place on an LHS home court. Unfortunately, the team lost to Herricks after a strong effort, with a final score of 5-2. At the conclusion of the match, four players were named as All-Conference players and gifted commemorative pins: Grace Bodian, Alex Travis, Jordan Glickman, and Jesse Bodian.

Glickman, who plays first doubles with sophomore J. Bodian remarked, “I am so proud of us for winning Conference Champs and having an undefeated season. Even though we lost in the playoff match, we all tried our hardest and did amazing.”

Junior Ava Schwam, who plays second doubles with freshman Kelsey Roth, is also proud of the team’s successful season. “All of us pulled through and fought for our wins,” Schwam said. “My teammates and coaches have become family, and I’m going to miss it.”

Despite the tough loss in the playoffs, the team accomplished an impressive amount in their season this year, contributing to LHS athletic history.