Shang-Chi and the Legend of the Ten Rings: Review 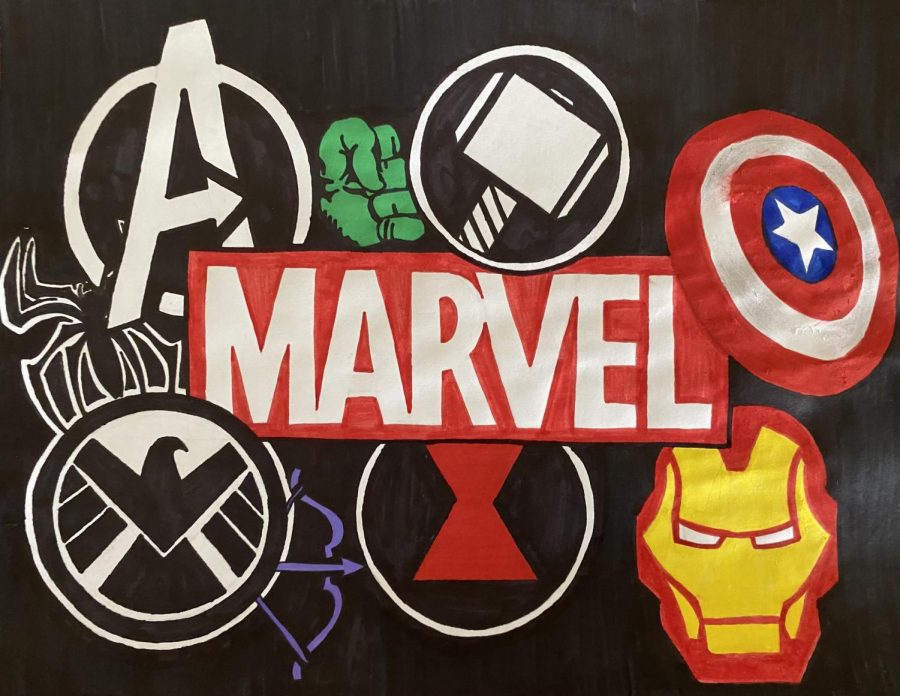 The Marvel Comic Universe (MCU) has a mixed track record for its standalone movies. For better or for worse, most films follow a standard formula, and while a few have broken the mold and delivered excellent films — Black Panther and Guardians of the Galaxy especially come to mind — a majority are average Marvel fare.

That is why Shang Chi and the Legend of the Ten Rings so thoroughly confuses me: it feels stuck between two entirely different movies. At times, it is an exciting, original film with well-choreographed action scenes and expansive mythology; however, at other times, it becomes frustratingly formulaic, counteracting its own success by applying a superhero cookie-cutter template to its own unique adventure. Shang Chi, like most Marvel films, was rarely unenjoyable, but it was a film so very close to being excellent that instead settled for being just good.

The premise for Shang Chi is certainly promising. After an ancient general named Wenwu discovers ten mysterious rings that grant him magical powers and immortality, he forms the Ten Rings, a powerful army of warriors and assassins under his command. After hundreds of years of conquering and bloodshed, Wenwu falls in love and decides to finally settle down. He takes off the ten rings, allowing himself to age, and he and his new wife have two children together: a daughter named Xialing and a son named Shang-Chi.

The wife, after a few, brief years of marital bliss, passes away — a classic Disney trope — leaving Wenwu to raise his two children by himself. Overcome by grief, he reclaims the ten rings, the literal rings, and the Ten Rings, the army, resuming both his dangerous life of crime and his immortality.

Wenwu’s son, Shang-Chi, after training to be an assassin for a few years with his father, flees his homeland, instead creating a new life for himself in America. He is able to leave his past behind for a solid ten years, but Shang-Chi soon finds himself dragged back into his father’s world, and he must reawaken his long dormant fighting abilities to protect both himself and his new life. It is a killer setup, and for the most part, Shang Chi delivers — at least for the first hour.

The beginning of the film, which follows Shang-Chi as he searches for his estranged sister, is as perfect as the first act of a superhero film can be. The characters are likable yet original, the pacing is wonderful, and the fight scenes are legitimately thrilling. As someone who is fairly easily bored by superhero battles, I was on the edge of my seat during both the bus attack and the fight on the side of a Macau skyscraper.

Perhaps the main reason these specific bursts of action hold one’s attention so well compared to other Marvel movies is how grounded they feel. Shang-Chi, unlike Thor or the Hulk, is a regular human man; when he gets punched in the face, he reacts. When a knife is thrown at him, it is genuinely threatening. And if he were to fall off the side of that previously-mentioned Macau skyscraper, he would die. There is a level of vulnerability the characters in Shang-Chi reach that previous Marvel heroes simply cannot, and it makes watching them evade danger all the more interesting.

Once Shang-Chi reconnects with Xianling, he and his sister are captured by Wenwu, and it is around this point in the film that Shang-Chi loses a bit of its steam. Tony Leung, who plays Wenwu, is a phenomenal actor, and his dedication to his character helps elevate nearly every scene he is in. Unfortunately, he is given little to do in Shang-Chi’s second half. Instead, too much time is spent with the film’s multiple comedic side-characters and a generic escape montage that takes up a sizable chunk of the second act.

The film’s final hour begins with a promising introduction of some new characters and a mystical, dreamlike city, but instead of spending time developing these intriguing new features, director Destin Daniel Cretton instead opted for a 40-minute fight scene between the film’s heroes and a horde of CGI goons. At this point, it becomes pretty clear that Shang Chi has run out of ideas. It is commonplace for a superhero movie to end with a generic, epic battle between good and evil, but it is especially bothersome that a film with such a unique premise would resort to reusing the template from every other Marvel movie from the past ten years.

Even in its disappointing final half, Shang Chi still has some bright spots. Wenwu is, as previously stated, a joy to watch, the CGI is impressive, and Katy, Shang-Chi’s quirky best friend (played by Awkwafina, because who else would play the fast-quipping side character in an action/comedy film?) has some nice character moments in the final battle. Yet, Shang Chi and the Legend of the Ten Rings still feels like a letdown because it had the potential to be among the best of Marvel’s catalogue. Instead, it settled for being pleasantly mediocre with some above-average action scenes. This is far from a bad film, but it also is not amazing, when it so clearly could have been. But then again, this is Marvel, so hopefully the inevitable eighteen sequels will make up for it.