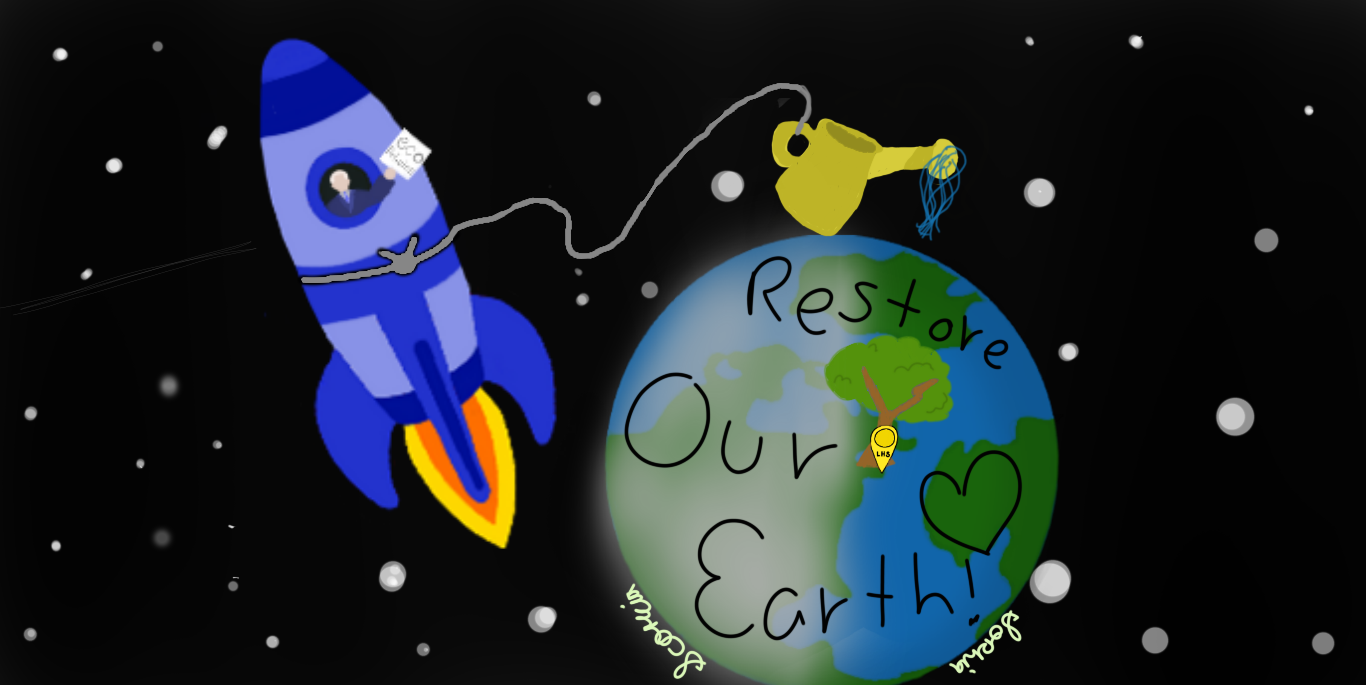 Every year since 1970, over one billion people around the world gather to celebrate what has become the most widely celebrated secular holiday: Earth Day.

In the early 1960s, American cars were emitting a destructive amount of fumes and their factories creating a great deal of pollution. In this midst of all of this, author Rachel Carson wrote Silent Spring, which opened people’s eyes to the destruction of pollution in their environment and its effect on living organisms. Also around this time, a young senator from Wisconsin, Gaylord Nelson, witnessed the success of anti-war protests on college campuses and was inspired to raise awareness for environmental safety at various colleges across the country.

Congressman Pete McCloskey became Nelson’s co-chair for the project, and he helped him select activist Denis Hayes to organize the “teach-ins” on college campuses. According to History channel website (history.com), Nelson envisioned a large-scale demonstration that would “shake up the political establishment and force this environmental issue on the national agenda” — and force this issue onto the national agenda it did. Hayes and his staff influenced thousands of students all over the country. Many who had already been fighting against environmental issues such as oil spills, pollution, sewage, and pesticides, joined together to organize protests against the worsening state of the environment.

As the 1970s ended, the United States Environmental Protection Agency (EPA) was created, and an abundance of environmental laws were created, including the National Environmental Education Act, the Clean Air Act, and the Endangered Species Act. “Public opinion polls indicate that permanent change in national priorities followed Earth Day in 1970,” reported the EPA. “When polled in May 1971, 25 percent of the U.S. public declared protecting the environment to be an important goal, a 2,500 percent increase over 1969.”

The LHS Environmental Club also works to raise awareness about the environment year-round. According to club president and senior Kate Anemone, the goal of the club is to “spread environmental awareness while developing an appreciation for the ecosystem around us.” The club members constantly post on the club’s Instagram account (@Environmental_Club_LHS) to bring attention to these pressing topics. The club usually attends a hike to learn about the environment, and although it has been cancelled due to Covid-19, Anemone said, “I encourage the community to have their own socially distanced hikes where they can find an appreciation for our local wilderness.”

To celebrate Earth Day, which Anemone says is a “reminder to protect and appreciate the planet we call home and a great time to educate others on the behaviors that put our home in danger,” the club will be hosting a 22-Day Eco-Friendly Challenge. Anemone explained, “Each day, we will share ‘challenges’ or educational content that will spread awareness of the issues our environment is facing today.”

Members of the club have offered some advice on how to help the planet on a day-to-day basis. Sophomore and club member Loughlin Reid-Cleary suggests “buying reusable products instead of using single-use plastics — like water bottles — or buying a filter, so you can use tap water instead of bottled water.” Reid-Cleary also suggested carpooling with friends or riding a bike to one’s destination as opposed to driving in order to lower one’s carbon footprint. “In the future, you could buy solar panels to not give more money to electric companies who use fossil fuels,” he added. Anemone recommends “following social media accounts or reading articles that encourage sustainable living. And remember,” she said, “start small.”

Anemone continued, “Simple changes – such as walking to school or using a reusable water bottle – will help you start a more eco-friendly lifestyle and reduce your carbon footprint.” Junior and club member Manaka Ogura shared, “You can walk to school, substitute foods with greens, or drink from reusable bottles. And, as always, you should remember to compost or recycle properly to help your environment on a daily basis.”