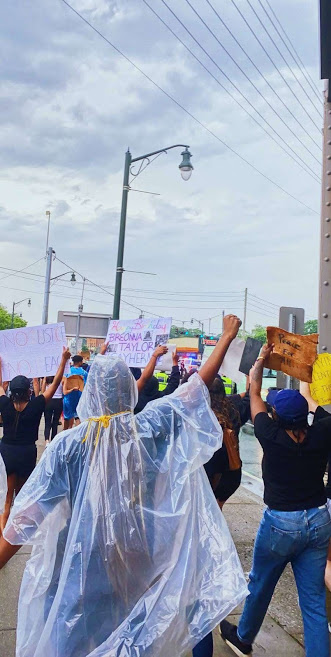 In recent months, discussions surrounding racial injustice have been on the rise. Especially following the death of George Floyd on May 25, 2020, many celebrities, politicians, and students have taken a stance on racial injustice on social media, with many fighting for Juneteenth to become a national holiday.

So, what is Juneteenth? It is a day celebrating the emancipation of the last remaining African American slaves in the Confederacy, which took place on June 19, 1865. These slaves were not free until a full two and a half years after the signing of the Emancipation Proclamation. Since then, Juneteenth has been observed by some residents of the United States, predominantly the African American population. Juneteenth is currently recognized as a state holiday or a “special day of observance” in every state except Hawaii, Montana, North Dakota, and South Dakota. However, it is not a federal holiday.

Juneteenth should be recognized as a national holiday because it is a day every American should be courteous of and observe. It celebrates freedom, and it is important America recognizes this freedom. The celebration of Juneteenth can help people to learn from history and learn about why America needs to grow from its past mistakes. This day is a rememberance of the day liberty and justice was provided for Black Americans; the freedom and emancipation of slavery is not something that should be overlooked, and it should be honored and celebrated by all Americans.

Federal holidays are treated much differently in America than those that are designated by state. Thanksgiving and Veteran’s Day, for example, are days recognized by the entire United States government, and most non-essential businesses, as well as the stock market, close. Most working adults are given the days off to recognize the importance of the celebration. They mark important times in American history and are very significant in our culture, so why shouldn’t the same occur on Juneteenth? This day is important to the fabric of America’s history, and it should be treated as such.

The fight to get Juneteenth nationally recognized has become increasingly relevant, as it should. Juneteenth 2020 was celebrated three weeks after the murder of George Floyd, so its celebration was more widespread than ever. Many images and videos were shared to celebrate. A famed Malcolm X quote — “Anytime anyone is enslaved, or in any way deprived of his liberty, if that person is a human being, as far as I am concerned, he is justified to resort to whatever methods necessary to bring about his liberty again” — was shared on Instagram and Twitter thousands of times with the hashtag #Juneteenth following it. The growing popularity of Juneteenth is a great first step, but it is not enough.

“To be completely honest, I had never heard of Juneeteenth until last June, when my feeds were flooded with information about the holiday,” said sophomore Abbey McManus. “I definitely believe that it should be a federal holiday because it celebrates the end of legal slavery in our country. It is a very significant time in our history, just like our other holidays are,” she added.

The support for Juneteenth to become a federal holiday has not waned since last May. The Internet and social media have played a large role in making people aware of the day’s importance. This quick spread of information on social media has been a breakthrough in combating racial injustice because it allows people’s voices to be shared on a public platform that will spread fast. According to Merriam-Webster Dictionary, the search popularity of the word “Juneteenth” has increased by 22% in the past year. More people are becoming aware of our nation’s history, and as they do, Juneteenth is becoming more popular. Hopefully, as more people learn about the history behind Juneteenth, the government will take the needed steps to make Juneteenth a national holiday.

Junior Asa Freeman, president of the LHS Student Diversity Council, said, “Independence Day, which celebrates America’s freedom from Britain, is a federal holiday. So, Juneteenth, a celebration of freedom for African Americans, should be a federal holiday as well.”

There is no doubt Juneteenth should be considered one of our nation’s holidays. About 14% of the American population is Black, so this is a day that should be celebrated to reflect on a part of American history that has had a large impact on many. Slavery was a horrific injustice, and the conclusion of this inhumane practice in America was monumental and should be celebrated. Furthermore, the racism Black Americans have endured has been ignored by many for far too long. Juneteenth deserves to be widely celebrated because it helps to educate people on the history of racism in America and because it celebrates the abolition of slavery in America.