The Voting Age Should Not Be Lowered 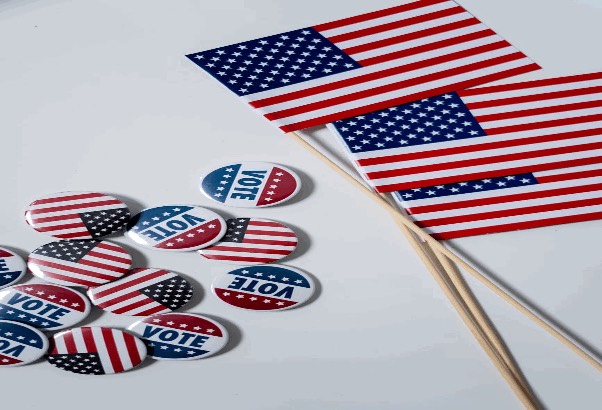 Photo by cottonbro from Pexels

All US citizens over the age of 18 have the right to vote. Should this right be extended to younger citizens, too?

In a 2007 article written by Duncan Lindsey for Child Welfare called “Why Children Should Have to Vote,” Lindsey wrote about why a child should and must vote. The author stated that too many children live in poverty and that this will change if they have a right to vote. Would this actually change, though?

Lucia Palumbo, a freshman, commented, “Depending on the age of children voting, the votes will have different outcomes. If children below the age of 12 are voting, their parents will use their vote as an extra towards the person they would like to see win. Though, if teenagers who have their own opinions can vote, that means they can have a say in elections. If children can vote, I do not believe that the rate of children living in poverty will go down; however, I believe that it will gain children more respect and courage to do what they believe is right.”

Freshman Samuel Yu said, “Children will not make smart decisions, and they might be going off what their parents say.” If a child does not know anything or enough about the government, bills, taxes, etc., what changes will be made? If they do not have enough knowledge of the problems, they will not be able to help find the right solutions.

Minors are trying to make a difference in the world by protesting for civil rights and gun control, but why does their willingness to protest give them the right to an adult responsibility? In an article on Forbes, David Davenport, a writer and publisher of the Hoover Digest, brings up an interesting point: If 16-year-olds wants to vote, they should be given the right to go into the military or pay taxes and bills, too.

Davenport also discusses the fact that there are scientists and doctors learning more about the human brain maturing, and this has led the government to increase the legal age for specific tasks. If the human brain is still maturing at the age of 16, it proves that this age demographic is not fit to voice their opinions on important decisions in the country. Sixteen-year-olds are not mature people; they can make extremely poor decisions and are often only thinking of themselves or other things, not usually what is right for the country. Timothy Sexton, a freshman, said, “After seeing what 16-year-olds do (which are often not-so-positive things), they are still children and are not mature.”

According to an article in the Washington Times by columnist Marybeth Hicks, younger people such as children are too self-centered to vote. Sixteen-year-olds are not wondering what is best for America and other people, but they are thinking about themselves and what would benefit their lives. A self-centered person is not going to make a well-rounded decision for the United States.

In most states, when one turns 16, he/she can drive and get a job, but that should not determine whether one is able to vote or not. Sixteen-year-olds are very indecisive people who are constantly changing their minds. How are 16-year-olds supposed to vote on one of America’s most important decisions when they are constantly changing their minds? A 16-year-old can say that he/she is a Democrat today, but in two years he/she could change his/her whole viewpoint and become a Republican, and vice versa. A 16-year-old might also be thinking the way his/her parents do and may not figure out what he/she truly believes until he/she is older and has experienced more in the world. Palumbo disagreed: “Sixteen-year-olds are mature enough to vote. At the age of 16, people do not soak up everything said around them by their parents, family, and others, and they have their own opinions on events happening in the world. Sixteen-year-old are mature and smart enough to voice their own opinions and responsibly vote.”

The government and president are people who can help with the rise and fall of the economy. If they shut down certain aspects of the country, the stock market can be badly impacted, which could cause an economic recession, as was seen during the Covid-19 pandemic. The president can also determine whether to raise or lower taxes. Sexton commented, “Sixteen-year-olds might take classes to learn about the stock market and taxes, but they cannot just jump into it. Overall, I do not think a 16-year-old should have a say in what happens in that part of government.”

Sixteen-year-olds should not vote. They are not mature enough, they are too self-centered, they are not ready for the responsibility, and they are too indecisive; such decisions do not involve them yet. Voting gives them too much power that they do not need or deserve. If the voting age is moved to 16, what will happen next? Will the voting age end up being moved to fourteen or even younger if were to happen? Palumbo said, “In New York, you cannot vote until you are 18. I believe that the age can be lowered to 17 or maybe 16, but not lower than that. I believe that people who are younger are not mature enough to vote responsibly.” America would be much better off if the voting age remains 18-years-old.