The Battle for the Oval Office Amid the Pandemic 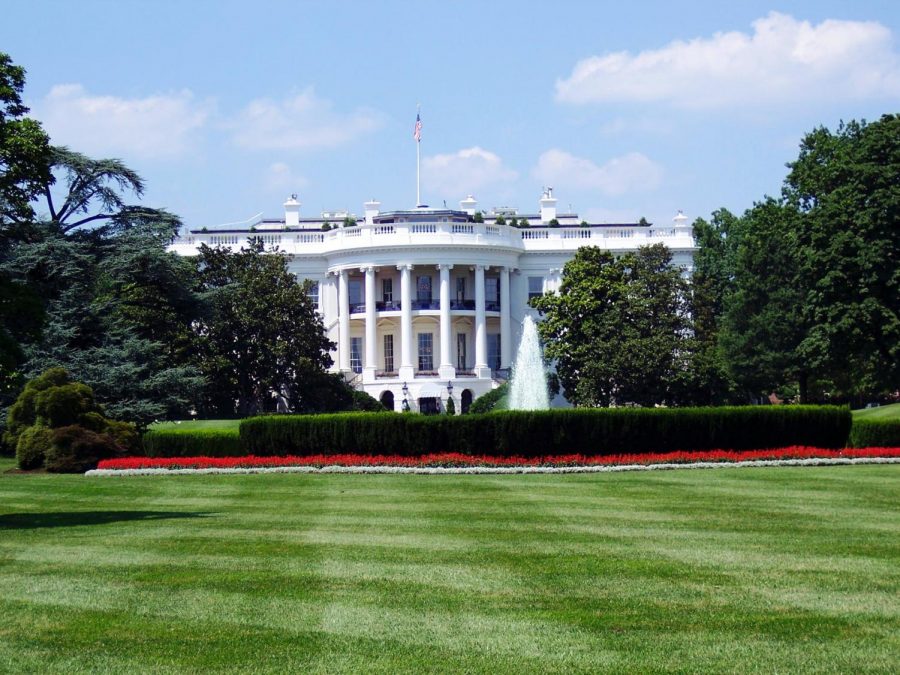 Photo by Aaron Kittredge from Pexels

There is now only one Democratic candidate left standing after months of debate, ready to take on current President Donald Trump in the 2020 election, and his name is Joe Biden. The Democratic field was very vast when Biden entered it over a year ago on Apr. 25, 2019, but now he is the last candidate remaining. Coronavirus has changed campaigning and will most likely change how people can vote; however, both Biden and Trump are prepared for what will surely be a very close presidential race.

Coronavirus and Trump have taken over the news, which is a good thing for Biden. In the most recent Fox News poll, taken in Michigan, Biden led Trump by a 49% to 41% margin, according to a CNN (cnn.com) article entitled “Biden’s Invisible Campaign is Winning.” Additionally, in many other “swing states,” such as Florida and Pennsylvania, Biden is gaining steam, and is leading the current President. The plummeting economy and false claims have put President Trump in a negative light in the media. His daily press briefings have hurt his campaign, and The New York Times (nytimes.com) reports that many of his officials have pleaded for him to stop the briefings. Four years ago, when President Trump beat Hillary Clinton, 65% of the news leading up to the election was about him, CNN shared. However, in the few days before the election, Clinton’s scandals were heavily discussed, which likely helped Trump be victorious. Because of the pandemic, Biden has been staying inside and out of the spotlight. Moreover, he now has a larger lead in swing states than he did before the pandemic hit the United States, CNN explained. Biden will continue to benefit if Trump stays prominent in the media.

As election time draws nearer, it is becoming clearer that having normal voting may not be possible. While nothing has been set in stone, many options have been discussed, such as online voting or voting and sending ballots in the mail. AP US History Teacher Stephen LoCicero shared that he believes: “Voting by its natural occurrence can still happen in person, but [it will happen in] larger rooms and possible auditoriums [and] gymnasiums should be used in addition. I am sure voting by mail might be considered, but it is not ideal.” With coronavirus still very present in society, sophomore Emma Leighley feels that “People will be hesitant to go to voting booths.” She added, “This will most likely hurt the candidates.” There are many potential issues with these methods, and President Trump believes that voting through the mail is “corrupt” and “dangerous,” CNN reports. As discussed above, Trump’s chances of a victory grow smaller each day the pandemic grows. Therefore, his rival, Biden, believes that Trump will make an effort to delay the upcoming presidential election: “Mark my words: I think he is going to try to kick back the election somehow, come up with some rationale why it can’t be held,” Biden explained, as shared by CNN. While Trump does not have the power to make this change (Congress and Federal law both must agree), and Trump’s administration denies that the President would do this, Biden still believes that Trump will try to delay the voting. No matter when the election occurs, each candidate will do everything in his power to make voting safe for all citizens of the United States.

The Democratic field has slimmed, and many of Biden’s former foes have become his supporters; he has received endorsements from many previous Democratic nominees. The Democratic field has made it clear that it has one goal: to remove Trump from the Oval Office. Some notable endorsers are Pete Buttigieg, the mayor of South Bend, Indiana; Bernie Sanders, a senator from Vermont; and Barack Obama, former President of the United States. Biden was Obama’s vice president. The Democrats recently showed their support on social media, using the hashtag #SoulSaturday, The Washington Post (washingtonpost.com) reported. Kamala Harris, Amy Klobuchrar, and Elizabeth Warren, all former Democratic nominees, showed their support for the remaining candidate.

Campaigning from home is not an easy task. President Trump’s main focus has been on fighting the virus, and Biden has focused on spreading his campaign. However, from home, it is not easy to run for president. The Washington Post shared that Biden’s main focus right now is getting masks to distributors to give to first responders. Additionally, Biden and his campaign team have called first responders and personally thanked them; his campaign manager explains that the campaign has been and will continue to be for the “soul of America.” Many donor events are now on Zoom. Social media will play a large roll in this year’s election. LoCicero shared how he believes each candidate will be able to effectively share his ideas from home: “Traditional campaigns have quickly become obsolete, and candidates will have to do more technology based campaigning [using] Twitter, Instagram, and even YouTube. Primetime town halls with virtual questions [could be effective]. I do think debates without audiences can be effective debates.” President Trump is trying to keep his campaign afloat amid the pandemic, and he has recently had a lot of tension with his campaign manager, Brad Parscle, The New York Times shared. The conflict occurred after Trump saw recent polls that displayed him trailing the former Vice President Biden. President Trump has based his campaign around the economy, and since the virus has caused it to plummet, his political platform has been hindered, The New York Times reported. President Trump has always been vocal on social media, and Social Studies Teacher John Cornicello, explained, “I believe each of these candidates can effectively spread his ideas from home. Trump has such a presence on Twitter that I do not believe that he needs to campaign very much; his followers are incredibly passionate about him and his ideas. As for Joe Biden, it is too early to say how he will get his point across. I have seen him Tweet a few times during this pandemic, and we will see how effective he is.”

Though Trump is trailing behind, Biden is not in the best position either: he has recently been accused of sexual assault. Biden denied the allegation; however, it has still been reported by many news sites, and it is being talked about on the news. This negative light on Biden could severely hurt his campaign.

One thing is for sure: the 2020 presidential election will be unlike any other in history. Campaigns will not be held as usual. Voting will surely be different. There will be few public appearances by one candidate. Additionally, media coverage will be an influential factor in deciding who the next president of the United States will be. Despite the circumstances, both candidates will have to work hard to promote their campaigns because, as of now, on Nov. 3, 2020, a president is being elected.