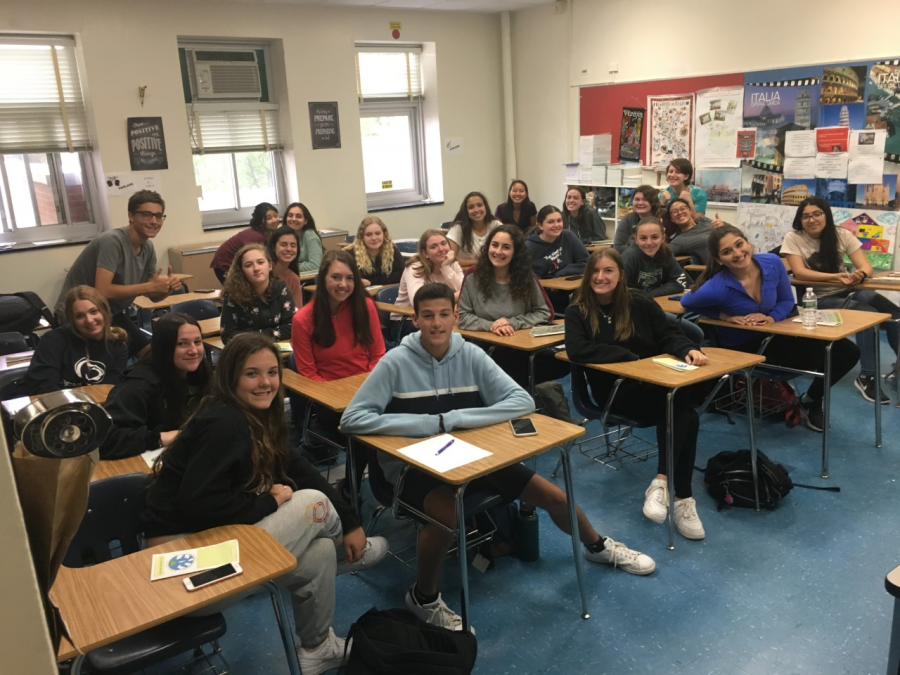 In the 21st century’s highly industrialized society driven by profit and convenience, animals are suffering at the hands of human interference in the environment. To achieve ethical treatment of animals both in Lynbrook and on a global scale, students are forming an animal activist club here at LHS. With the help of Health and Mindfulness Teacher Deborah DeBetta, the new club aims to inform students of a wide range of animal rights issues and to act locally to promote proper treatment of animals. DeBetta stated, “We have touched on this in health and it is nice to see the idea growing.” The club plans to focus on the ethical, environmental, and human health benefits that will ensue from fighting for the well-being of animals.

Many are unaware of the brutal treatments and conditions animals currently endure, and this new club is trying to fix just that through education. Junior CJ Sollito, an active member in the foundation of the club, stated, “We feel that by educating people on the issues animals face, students will feel inspired to do something about it.” The club hopes to reach out to students by creating a social media platform to spread its message. Sollito adds, “One of the ways we want to educate is by visiting a local animal shelter, so students see firsthand what animals go through. We also want to screen an animal rights documentary.” After garnering an informed student-body in animal rights, students can focus on putting into effect solutions to mitigate injustices animals endure.

One of the main focuses of the club will be drawing attention to the cruel conditions that sentient animals face in various scenarios. Junior and vegetarian Julie Lampert stated, “I think it is great that LHS is starting an animal rights club. I became a vegetarian for my compassion for animals and my belief that no animal deserves to suffer in a slaughterhouse for me. Hopefully with the new club, students will learn the abuse animals face in the food industry and consider their choices before eating meat again.”

Additionally, the club seeks to educate its members on the abuse domesticated animals face. Dog-fighting, animal hoarding, and puppy mills are, unfortunately, very common, making them ideal topics of discussion for the new club. Animal homelessness also causes over flooded shelters that forces them to extend their resources to accommodate an overwhelming population of animals, many of which are not given proper veterinary care. Junior Elena Grajales, also a founding member of the club, stated, “Every animal deserves to be treated with respect. We want people to consider how they would feel if their dog was being treated unfairly and apply that feeling of compassion to all animals.”

With climate change being a major concern that scientists argue may become devastating if not dealt with, the club also hopes to teach students how to help the planet and animals simultaneously. Animal agriculture is often ignored as a major contributor to environmental problems, yet animal agriculture emits more greenhouse gases than the combined exhaust from all transportation. The process of rearing animals is also a major cause of deforestation, water and air pollution, and loss of biodiversity. Not only is animal agriculture destructive to the environment, but marine ecosystems are also being destroyed due to human interference. A study done by National Geographic (nationalgeographic.com) entitled, “Still Waters: The Global F

ish Crisis,” predicts that if over-fishing is continued at its current rate, there may be fish-less oceans by 2048. Much of marine ecosystem destruction is also accounted for an overuse of plastic that winds up in oceans. As Grajales stated, “If you care about the environment, you should also care about animals. We want to fight for a world where every being can live peacefully on Earth.”

With the 2018-19 school year coming to an end, the club plans to only hold a few meetings this year and start activities in the fall. To combat injustices animal communities are facing, the club hopes to schedule several events to enact change from writing letters to legislators campaigning for proper treatment of animals, to visiting local restaurants to ask for more vegan/vegetarian options on their menus, and scheduling a beach cleanup to prevent plastic and trash from harming ocean life. The club also wants to fundraise through vegan bake sales to donate to animal shelters and call for students to stop using single-use plastic products.

The new animal activist club does not aim to turn the school vegan, but rather call for students to reduce their intake of animal products, which would benefit their health, the planet, and save an animal’s life. The club also wants to focus on all aspects of injustice animals, not just in the realm of rearing. DeBetta stated, “This can cover everything from animals rights, to marine rights, to pollution, to the direct humane spectrum of animals.” Ultimately, LHS’ new animal activist club hopes to inform students of the consequences their everyday actions have on animals in the hopes that they will make better informed choices.